An Introduction to the Island of North Ronaldsay

North Ronaldsay is the most northerly of the Orkney Islands and is bordered on the west by the Atlantic Ocean and the East by the North Sea. It is situated approximately 3.88 km. (2.4 mi) to the North of its nearest neighbour, Sanday. The island is around 5.5 km.  (3.4 mi) long measured northeast/southwest and 3.5 Km. (2.2ml) at its widest point measured east/ west. The Island is low lying (50 ft) with the highest point just to the South of the Airfield.

The West and North sides of the island is very rocky with submerged rocks and skerries which to this day are a danger to shipping.

The island is small with less than 1,000 hectares of arable land and is subject to the frequently changing, often stormy Orkney weather. Almost all the land is croft land and was fertile enough to sustain a population of over 500 between the years 1831 to 1891.The population has declined to around 60 today but cattle numbers have more than doubled, reflecting changing agricultural practices. 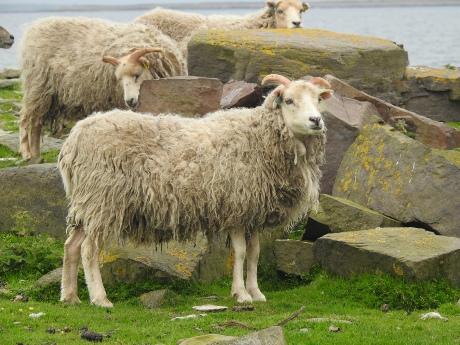 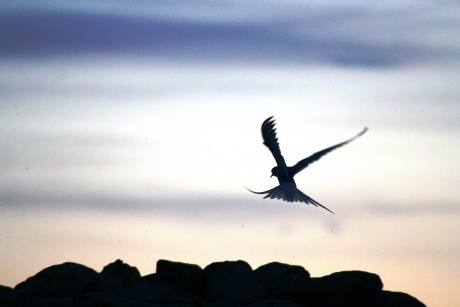 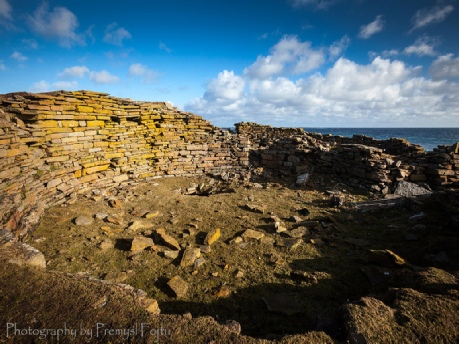 North Ronaldsay's position on the bird migration routes brings in many visitors from the skies each year and has led to the establishment of the island's own bird observatory. The island is a stepping-stone for migrants, providing an opportunity for food and rest before the next leg of the journey over sea. Some of the furthest travellers are the Arctic terms, who travel 8,000 miles from the South Atlantic. There are also migrants from other routes, blown off course by the weather, such as redthroats, red-backed shrikes, common rosefinches and icterine warblers. Strong Westerly winds can bring in American birds; and Easterlies can carry birds that breed in Russia and winter in southern Asia.

The island's remoteness has preserved much of its traditional way of life. The twelve-mile sheep dyke that circles the island keeps between three and four thousand native sheep grazing on the foreshore. Their meat is a delicacy, lean since fat is stored around internal organs, and rich in minerals from their diet. The outer fleece is rough and hairy, the inner wool soft as cashmere. One of the ancient short-tailed breeds, their origins are believed to go back several thousand years.

Archaeology needs more research, with sites ranging from the tall solitary standing stone to the remains of the Broch of Burrian, where an older excavation unearthed an early Christian cross. A number of Orkney's broch towers had a Christian church built nearby in the 8th century AD, as part of what may have been a Northumbrian mission to the Picts. There is debate about the origin of the island's name, which may come from Ringan, an old form of St Ninian. This may mean that Christianity in the island goes back to even earlier times.

One of North Ronaldsay's greatest assets is its community spirit, which brings islanders together whenever a project requires to be tackled. Highlights of the island calendar include the Harvest Home and the Burns Supper, along with concerts, dances and social evenings at various other times of year. For these, the community is often augmented by family members or friends who come from sometimes quite a distance to enjoy the warmth of an island evening. 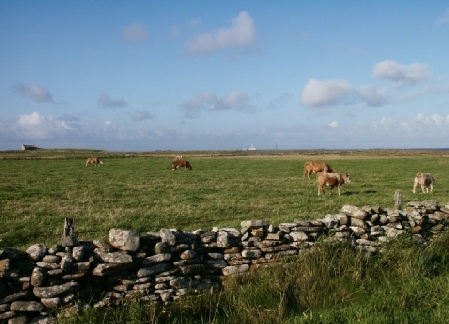